Garmin’s slogan is ‘Beat Yesterday’, the idea that each generation of watch should be better than the last, and once again they have given good reason for why we should buy into this core belief.

The Garmin Fenix 6 is the most complex and feature-rich watch available on the market, one may find it hard to believe that Garmin has made the previous Fenix 5 model seem outdated, but you can rest assured that they have…

The new updated model boasts a plethora of features, which will leave any sports watch enthusiasts drooling. My personal favourite newly added feature is the Pre-installed map feature, the Fenix 6 will have pre-loaded maps. The topographic maps comprise Europe, while the ski maps offer 2000+ resorts globally. Additionally, you will find 40,000+ golf course pre-installed on the Fenix 6, meaning that you will never get lost on your adventures!

However, as you know Garmin watches are not restricted to one astounding feature, otherwise they would not be labelled ‘The Porsche of Multi-sport Tracking’. The Fenix 6 features a range of newly added features that will ensure you maximise your performance in any outdoors activity you partake in. Take for example the new battery/power modes which allow you to conserve your watches battery life by turning off features which you aren’t using. The battery life seemed to be an issue which was frequently noted by Fenix 5 owners, so it is refreshing to know that Garmin are addressing our issues.

It does not stop there, Garmin have included a Revised ELEVATE sensor, this allows for tracking of your heart rate with an optical sensor. The revised version tracks pulses underwater, this is a feature not been included in the previous generation watches. It also features an incident detection feature, which I would argue is one of the most important features of the watch, this will recognise heavy stumbling or falls and can inform a list of people about the incident. Other notable features are the watch ability to play and store music from a range of different music platforms, such as Spotify, Amazon and Deezer. It also features a stress monitoring programme, ClimbPro and PacePro.

With all of these newly added features it would be hard to argue that Garmin have not, once again, lived up to their slogan, or equally their reputation as being the most forward thinking sports watch brands. Whether you are a professional sportsperson or an everyday hiker, cyclist, swimmer and so on, it would be hard to not appreciate how impressive it is for Garmin to have condensed all of the above specifications and more into a watch which is 1.4 inches wide in its largest model! 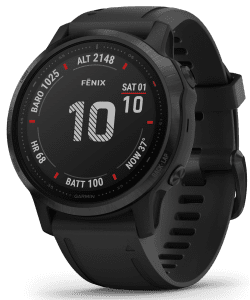 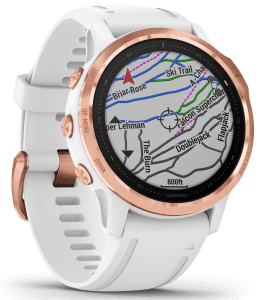 Posted in Uncategorized
Business as Usual!