What’s next for Seiko’s SKX range?

The SKX first entered circulation in 1965 with the introduction of the ’62mas’, which was water resistant unto 150m. By 1967 Seiko had doubled the water resistance of its dive watch and unveiled the Seiko Diver’s 300M. However, it was not until three years later that Seiko introduced the 6105, a diver watch that put the Japanese into a very strong position in the market. It was a watch that was cheap, but reliable. The 6105 was so reliable that it was the favoured watch of American soldiers in Vietnam. The watch gathered even more fame, as it was featured in ‘Apocalypse Now’. 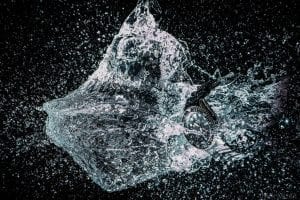 The SKX soon built up a reputation for being the ultimate ‘beater’ watch and the line became increasingly diverse. Take for example the Scuba Master, which is the first computerised diver’s watch, which was released in 1990. However, the most definitive model of the range is the SKX007. It is know to be the cheapest and most reliable diver’s watch on the market. Seiko have since added models such as the ‘Sumo’ and the ‘Samurai’, which are must have pieces for any watch enthusiast.

So, in short the question remains, why are Seiko supposedly ending production of this line? Many online suggest that it is being replaced by the new Seiko 5 Sports range, which consists of 27 models. Albeit some critics and with fans are not content with this move being by Seiko, I believe that it is a step in the right direction. The new Seiko 5 range offers a plethora of models, which can be worn on any occasion. Although they are not as highly specified as the SKX range it does not mean that you should pass on the chance to add one of the 27 models to your collection.

Although we will be sad to see the SKX go its influence will not be forgotten. One only has to browse through the new Seiko 5 range to see its impact on the design of the new models. Thankfully we will be stocking all 18 models which are available in the UK. These will be available to purchase from Sunday the 8th of September. We will also be stocking a further 4 UK exclusives, which will be added to stock shortly. We must warn you that these will not remain in stock for long, so do not sleep on this release!